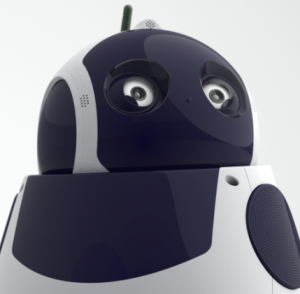 Another open-source platform is currently on the rise. The Corpora, is opening up its doors to robot enthusiasts and developers alike to make enhancements to their Qbo robot.

Qbo, is an artificial intelligent robot purposely built for home use. Initially, the creator (name not revealed yet) plans to develop a robot that functions like a pet. Something that's a source of inspiration. But what would inspire most a creator? Of course his creation.

Because of the flexibility of the algorithm, the creator, decided to add some more features.. (which are becoming endless).

(below is an excerpt from Qbo’s concept and design, The Corpora blog)

Some of Qbo’s “current” skills:

Speech Recognition System Speech Synthesis System: it offers a general framework for building speech synthesis systems. Only available in English at the moment.

The Corpora’s API: Developed to interact with the hardware components of the robot and third parties’ software.

WEB control panel: the robot is accessible through web explorer.

Internet connection through a WIFI controller placed in the head. Real-time software and firmware update.

Obstacles: the robot avoids crashes and falls thanks to ultrasound sensors.

You could just imagine, how Qbo will evolve into a more intelligent and specialized robot when it's finally opened to the public for more tweaking.